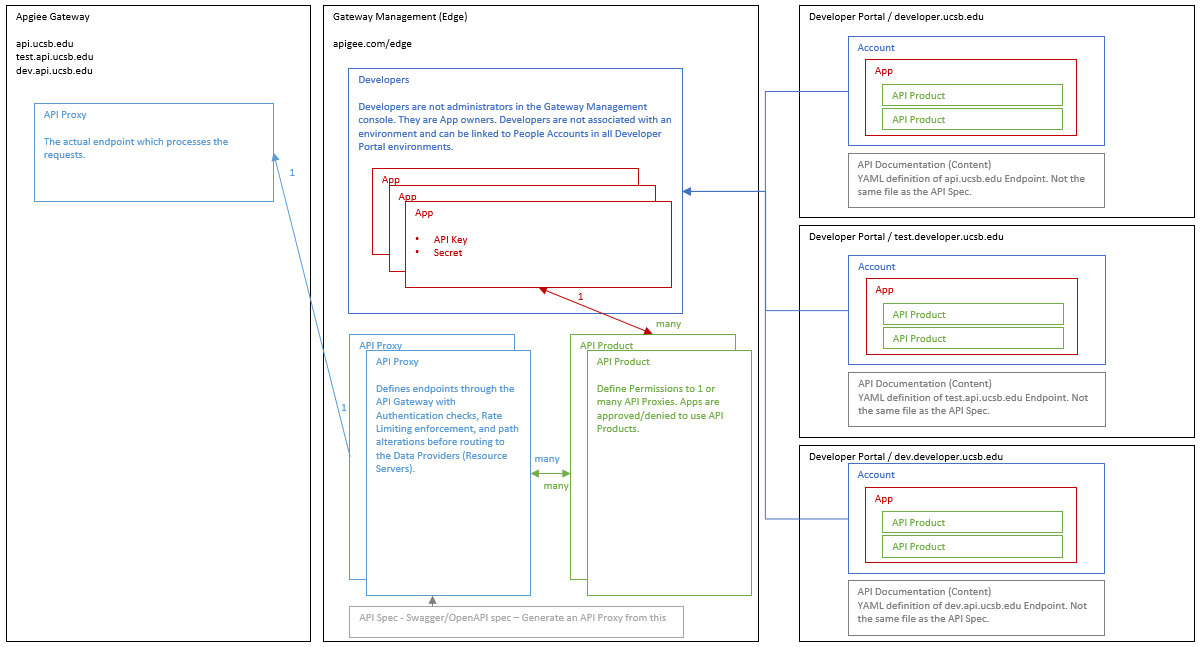 The Apigee suite of tools is broken into three major products Those products are broken down into components which are shared between the products.

The products work together by using a shared components to communicate the desired configuration.